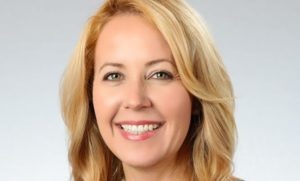 We congratulate our former colleague, friend and client Holly Greer with CNL Financial Group on receiving the Women Who Mean Business: Business Executive of the Year award by the Orlando Business Journal!

CNL Financial Group’s Chief Operating Officer and Chief Legal Officer, Holly Greer, was awarded with the Orlando Business Journal’s Women Who Mean Business: Business Executive of the Year award on Friday, April 29, 2016. In her role, Holly oversees the company’s administrative goals and ensures that their business practices are in accordance with the company’s interests and values. This past year alone, Holly led an initiative to reduce business expenses within the legal department in addition to being responsible for the strategic buyout of CNL Commercial Real Estate by current and new partners. This was an important deal for CNL Financial Group as it has allowed the firm to concentrate more fully on its alternative investment platform, a move which owes a large part of its success to Holly’s efforts. Outside of the office, Holly is an active member of the Foundation for Foster Children and enjoys snowboarding. To read the feature article in full, go to: http://www.bizjournals.com/orlando/news/2016/04/30/wwmb-2016-business-executives-of-the-year-holly.html. We celebrate our former colleague, friend and client, Holly Greer!

CNL Financial Group Rings The Opening Bell Of The NYSE