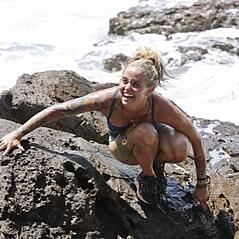 College Park resident and firm client Lindsey Cascaddan, 24, is one of six players on Survivor: Worlds Apart this season. Lindsey says in her CBS bio that she is proud of herself for a variety of reasons, including "building a human being," [she is a mother to a little girl], winning a fitness competition and having a successful career. A young hairdresser, Lindsey has spent over one month competing in the Escameca Tribe in San Juan del Sur, Nicaragua, the same location as Survivor: Nicaragua, Survivor: Redemption Island, and Survivor: San Juan del Sur. Early in her interview, Lindsey said she is "the perfect storm of smart, strategic and strong. I'm well-versed in people-pleasing when I need to. I'm tough as nails and people will underestimate me!" The show, which is in its 30th season, initially had a total of 18 players, split into three tribes containing six members each: Escameca ("Blue Collar"), Masaya ("White Collar"), and Nagarote ("No Collar"). Don't miss Survivor's Epic Season 30 Finale at 8 p.m. Wednesday, May 20, on CBS. Lindsey is a long-time client of Rebecca Palmer and the Family Law Group. We celebrate our client Lindsey Cascaddan!